We had a great morning yesterday at our student-led See You at the Pole event. We gathered around the flagpole at 7:30 am and then went to the gym at 9 am.

At SCA, we work to develop student leaders. Yesterday, they led our students in worship and in prayer for our country. Thank you to each student who played a part in this special day.

This week (September 17), we held ReFRESH @ SCA. It is our annual, fall spiritual emphasis week where we set time aside each day to hear a fresh Word from God.

This year, God brought to us Tally Wilgis, pastor of Captivate Church (Baltimore) and Cam Triggs, pastor of Grace Alive Church (Orlando). Each speaker brought a fantastic challenge that met our students where they are. I am grateful for their investment and the spiritual fruit that will result from their time with us.

The 6th grade enjoyed their class retreat last week! They had a time of instruction and teaching with Jeremy Davidson, team bonding, games and afternoon swimming. The students learned about cooperation with one another and the importance of class unity.

We’d like to thank the Alderman family for opening up their home for some afternoon swimming. It was a great way to finish our day. Thanks, Coach Davidson, for all your hard work and planning these retreats.

On Monday, August 27, our 7th and 8th grade students participated in an all-day class retreat together. This is something that we have been doing with our classes for several years now to kick off the year and build school spirit and class unity. These students participated in several different outdoor team building games and challenges in the morning time with their class sponsors.

After a Chick-Fil-A lunch together, the classes then went to different locations for some pool games and fellowship time. This is always a great way for us to start the year together and have some fun in the process.

Forty-three students took advantage of SAT Day at SCA. Recently, the College Board began allowing high schools to host their own SAT Day to administer the test in the friendly confines of their schools. SCA took the College Board up on this opportunity on Wednesday, March 21. We believe taking the SAT with our staff in our environment will improve our students’ test scores.

Thanks to Sherwood Baptist Church for the use of their beautiful facility to serve our students during SAT Day. We look forward to this opportunity for our students each spring in the years to come. 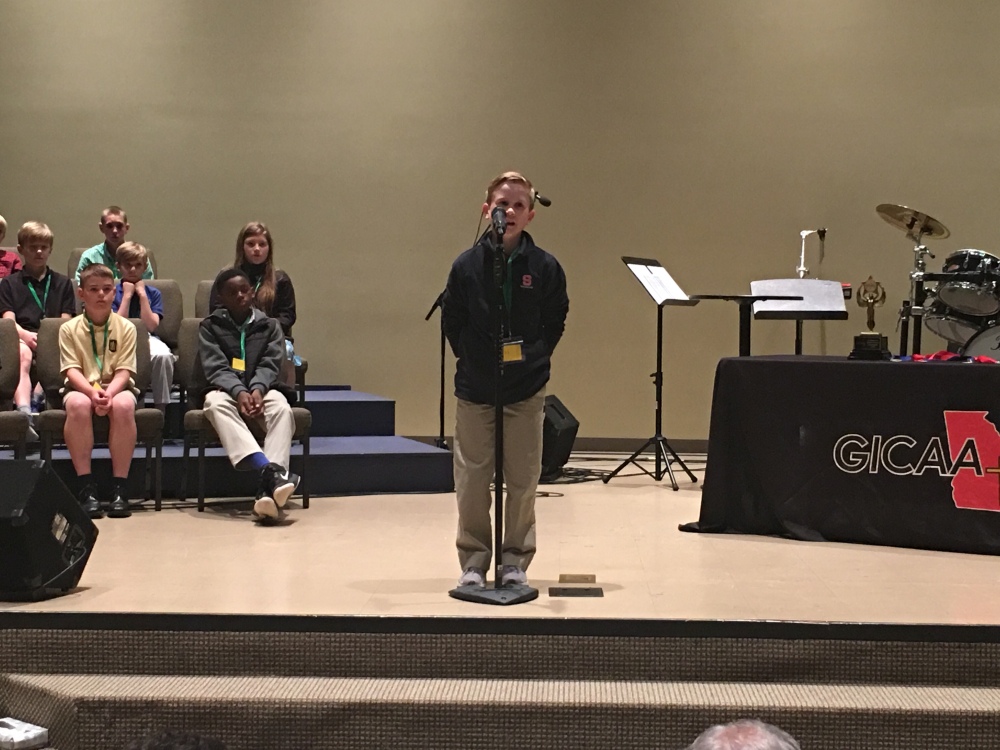 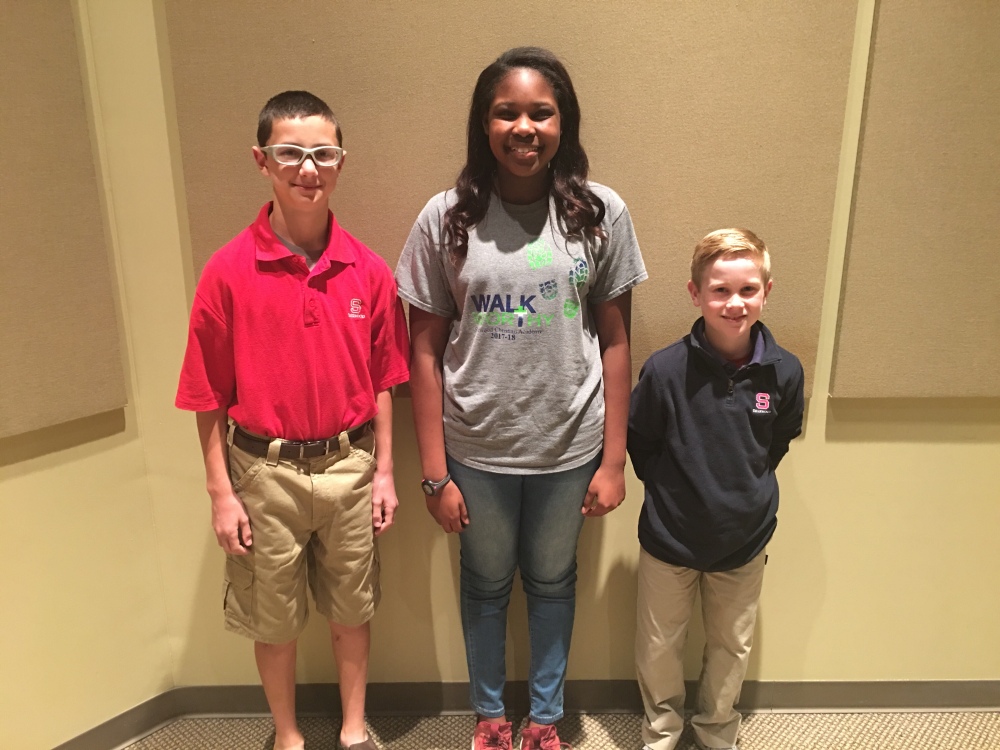 SCA sent five students to the GICAA State Geography and Spelling Bees in Greensboro. Geography Bee participants were 8th graders Jacob Lindsey and Caroline Dougherty. They competed against 24 regional finalists from across the state. Congratulations to Jacob Lindsey who placed 5th in the final round to medal for SCA!

Fifth grader William Greene competed for SCA in the Elementary State Spelling Bee. He competed against 18 regional finalists from throughout Georgia. William performed very well and finished 3rd in the state! Congratulations, William!

Middle schoolers Hudson Carter (7th) and Kyla Raven (8th) competed for SCA in the Middle School State Spelling Bee against a field of 17 regional finalists. They both competed very well with Kyla finishing in 4th place! Congratulations, Kyla! We are very proud of all of our state level participants!

Four students from SCA competed in the GICAA South Region Spelling Bee on March 12 hosted by Sherwood Baptist Church. Students from ten different schools in the southern part of the state competed in two divisions: elementary and middle school.

Elementary representatives, coached by Mrs. Jill Johnson, were 5th graders Luke Bergrab and William Greene. The middle school, coached by Mrs. Jackie Byrd, was represented by 7th grader Hudson Carter and 8th grader Kyla Raven. The top two finishers in each division received medals and the top six finishers placed for state to be held next Monday in Greensboro. 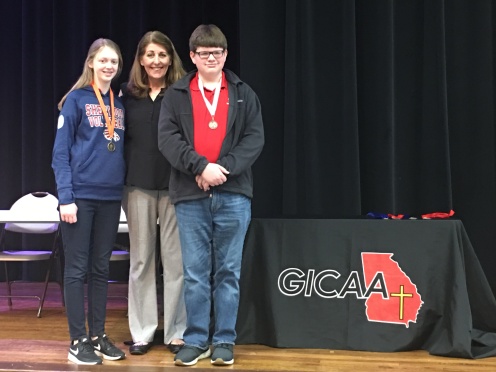 Sherwood Christian Academy is proud to have been a part of the STATE Spring Literary Competition on March 7. Our team did an outstanding job in all categories. We are proud to have medaled in the following categories:

Emma Warbington – 1st place Rhetorical Essay
Liza Langstaff and Julia Warbington – 1st place Duo Interpretation
Jared Guin – 2nd place International Extemp Speaking
Congratulations to all of our participants. You did a fantastic job!
Special thanks to all the coaches, Mrs. Byrd, Mrs. Sanders and Mr. Willard. We appreciate your hard work and investment in our students!